Bangkok greets one with strong smells, traffic jams, extravagant bling of royal palaces and temples juxtaposed against the dark suffocating allies lined with dilapidated shanty houses, burning hot woks of street vendors, mice scurrying around its sidewalk-less streets, militarized police with threatening whistles and frowns, and buddhist monks in bright orange ropes. I really tried to cozy it up to but we never did end up making friends. 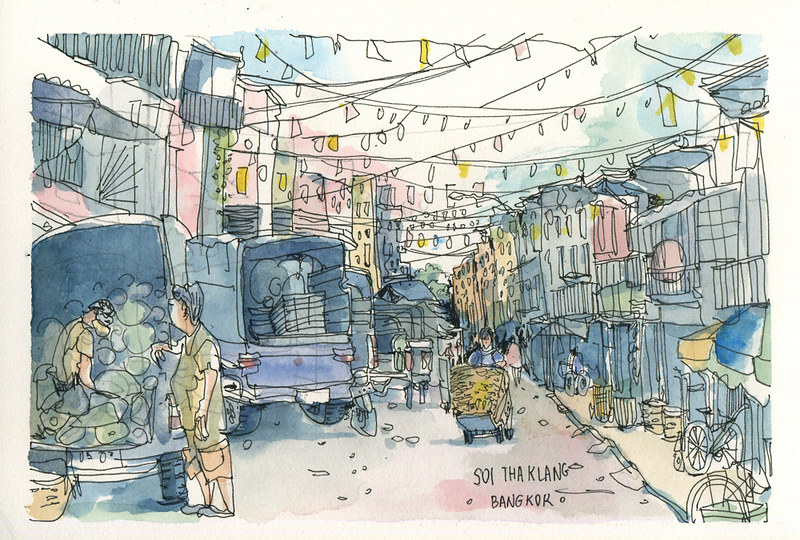 Drawing this shrine in Saranrom park was probably the closest as I came to finding peace in this chaotic city. Elderly Chinese woman sat almost motionless next to me for a long time meditating over some writings. The lush vegetation was buffering the sounds of the busy city around us just enough to provide temporary reprieve. 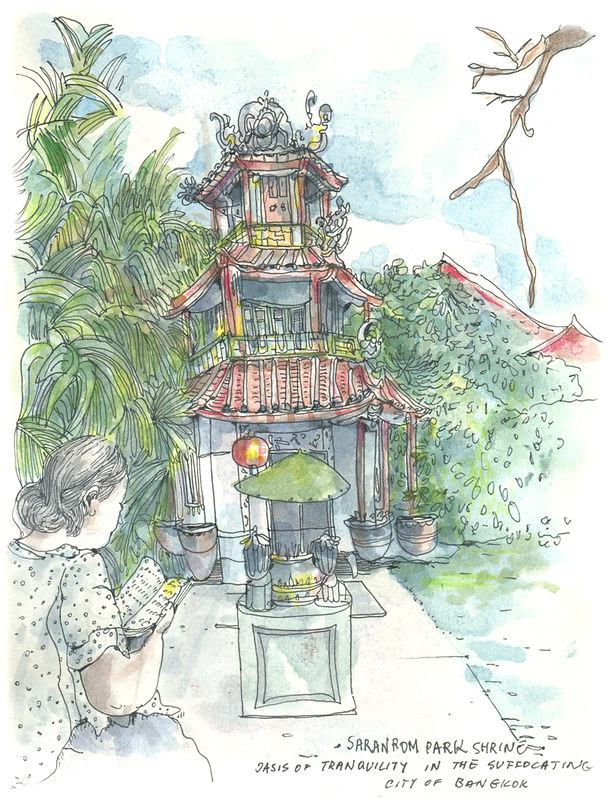 Next morning I headed to Bangkok's #1 attraction–the Royal palace and the Temple of the Emerald Buddha. I found the Royal palace to be impenetrable. After being yelled at for sitting in the wrong place, not being dressed decently enough to be on the royal premises, and having dodged at least a dozen selfie sticks I decided to stay on the sidelines and sketch outside of its thick walls.

Traveling Thailand during monsoon creates the element of suspense of when you will be next drenched in the thick wall of a tropical rain storm. Both times I came to visit What Pho, which is truly spectacular,  I was caught in the rain. The angry indigo clouds created an amazing backdrop against the bright red roofs of the temple. The sketch of the gate below was done while waiting out another powerful storm under the roof of the Temple of the Reclining Buddha. 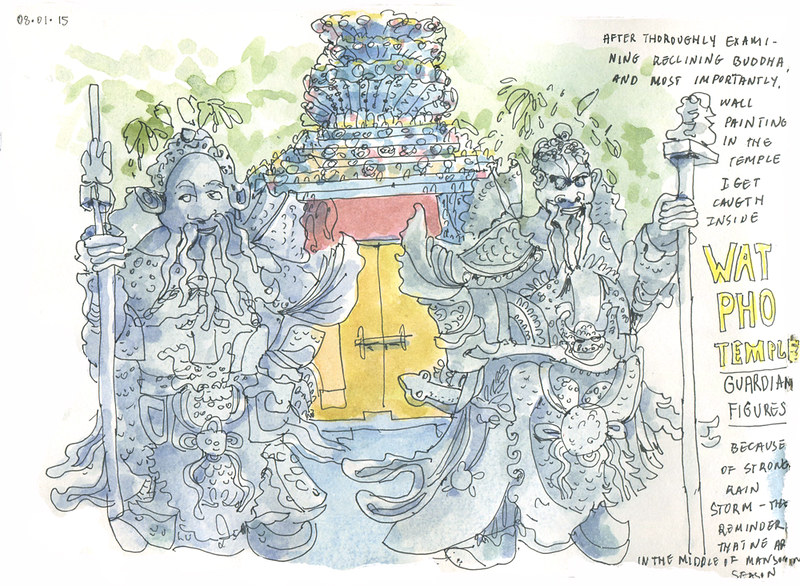 Bangkok panorama from the top of Wat Saket (Golden mount)
I drew this to the soundscape of Buddhist chanting, bells, endless, camera shutters, and a Spanish tour guide giving incorrect information about the Democracy monument below. The monument to Thai democracy is a bit ironic since Thailand is currently a military dictatorship, and giant portraits of the queen flanked by various generals are literally wall papered all around Bangkok. Apparently, families, living on the site of the current monument were evicted with a 60 day notice to make room for the construction.