US votes 2016: Never Reaching the Acceptance Through the Stages of Grief

As for many people around the world these last couple of days have been a blur of fighting back tears and nausea and being stuck in the loop of various stages of grief but never reaching the acceptance.

Here are some sketches of things I saw starting with the election night. I ducked into my neighborhood bar called Turn Turn Turn to watch the results come in. People were gasping, swearing, holding their heads. They would visibly slouch even lower into their seats as the votes were being counted and state by state the map was being enveloped in angry red, as if a scorching tomato soup was boiling out of its pot. 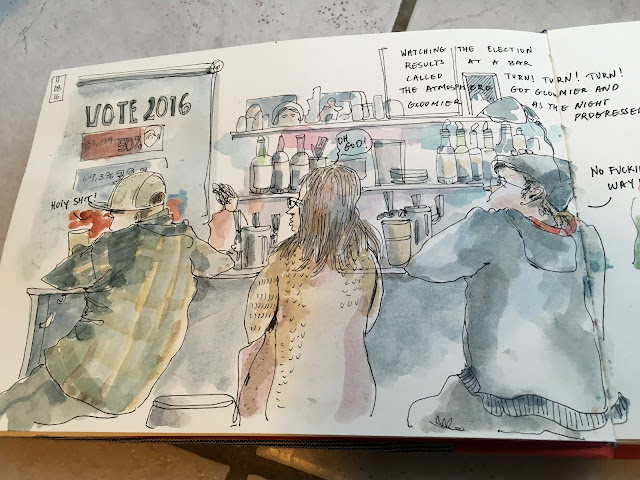 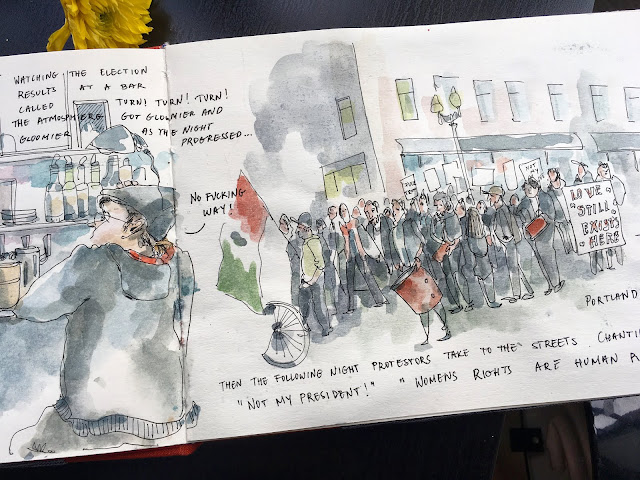 Everywhere I went I saw people crying, hugging and consoling each other. Some businesses were giving away flowers with the message —"Spreading love and compassion..." 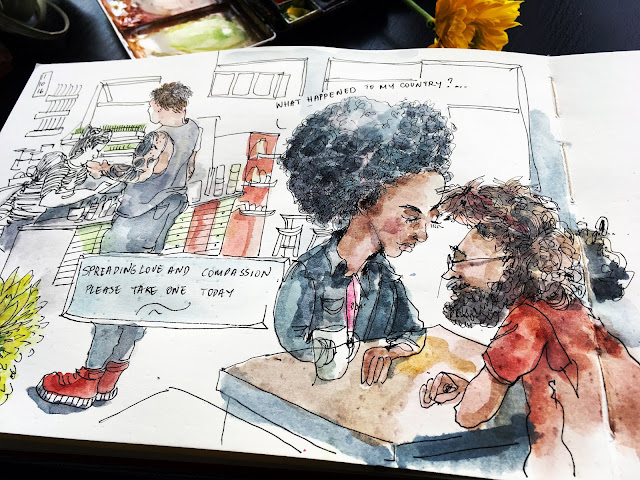